(above trailer may not include programs shown in Olympia)

Wild & Scenic Film Festival inspires environmental activism and a love for nature–through film. Wild & Scenic share an urgent call to action, encouraging festival-goers to learn more about what they can do to save our threatened planet.

A Letter to Congress

Wallace Stegner’s 1960 letter to Congress about the importance of wilderness is the framework for a new message, one in which our unified voice can help prevent the transfer of our most valuable heritage— our public lands— to private and corporate interests.

Featuring an emerging young scientist from the Lower Elwha Klallam Tribe, Renewal is a heart-warming story of transformation and restoration. Produced with HHMI Tangled Bank Studios, this film is part of HHMI’s Think Like A Scientistseries. It follows up on Producer Jessica Plumb’s award-winning feature, Return of the River, which chronicled the largest dam removal in history.

After serving in the Vietnam War, author and eco-warrior Doug Peacock spent years alone in the Wyoming and Montana wilderness observing grizzly bears. This time in the wild changed the course of his life. With the protection of Yellowstone grizzlies now under threat, Peacock reflects on the importance of habitat and why he continues to fight for wild causes.

Wildlife and The Wall

Filmmaker Ben Masters (Unbranded) goes into the heart of the Big Bend, the last true wilderness in the state of Texas, to consider what effects building a border wall might have on wildlife dispersals, migratory corridors, and access to the Rio Grande, the only water source in a harsh desert environment.

For The Love Of Mary

First-time 97-year-old runner, George Etzweiler, completed the race up the northeast’s tallest peak, Mount Washington when he was 69 years old. Despite having a pacemaker, the State College, Pennsylvania resident competes in the grueling 7.6-mile race up nearly 4,700 feet of paved road, breaking his own record each year for the oldest finisher. In addition to his ancient, lucky, green running shorts, Etzweiler carries something else special with him: The memory of his late wife of 68 years, Mary.

The current and three former mayors of the City of Weed, California fight to win their spring water back from a web of multinational corporations they believe are stealing it from them.

What happens when fairy tales and reality collide? Throughout history, myths about the “big bad wolf” have generated fear and concern that creeps out of our storybooks and into the real world. By the 1950s, wolves were pushed to the brink of extinction in the lower forty-eight and more was lost than just the wolf. Meet The Real Wolf, introduces a new chapter where the apex predator becomes the protagonist, changing the narrative of the ecosystems they are rebuilding.

“Blue carbon” is carbon that’s captured and stored by coastal wetlands, helping to mitigate climate change. This film is about mud and the multiple benefits that estuaries provide for us. “You never go into a wetland and just restore one benefit,” says wetlands ecologist John Rybczyk. It improves water quality, provides salmon habitat, protects our shorelines, and also benefits our climate.

(unofficial) HISTORY OF THE NATIONAL PARKS

Want to know the complete story of National Parks in under four minutes? It’s hard to do, but this snappy short gives it a good shot. The (unofficial) History of National Parks covers everything from their creation to the challenges they ensure and inadvertently create; and how they provide benefit to both individuals and society.

Follow paddlers, Adam and Susan Elliott, as they kayak, fish, packraft and explore the wild rivers of the Olympic Peninsula. The peninsula’s wild rivers provide clean water, world-class recreation and unmatched opportunities for inspiration and solitude. They bring jobs and economic benefits to local communities and provide critical habitat for salmon, steelhead and a variety of other fish and wildlife. Wild and Scenic designation–the strongest protection a river can receive–ensures that the free-flowing character, water quality and outstanding values of these rivers are protected for generations to come.

The Wild and Scenic Rivers Act was signed into law by President Lyndon Johnson and has saved hundreds of America’s iconic rivers and streams from dams, over-development, and natural resource extraction. Run Wild Run Free tells the history and present day impacts of the Act told by experts, grassroots organizers, whitewater enthusiasts, and members of the Nez Perce Tribe in Idaho. Today, in a polarized political climate, new designations and river protections have stalled even though there is no time in history more important than now to protect our freshwater ecosystems.

The Wild and Scenic Rivers Act was signed into law by President Lyndon Johnson and has saved hundreds of America’s iconic rivers and streams from dams, over-development, and natural resource extraction. Run Wild Run Free tells the history and present-day impacts of the Act told by experts, grassroots organizers, whitewater enthusiasts, and members of the Nez Perce Tribe in Idaho. Today, in a polarized political climate, new designations and river protections have stalled even though there is no time in history more important than now to protect our freshwater ecosystems. 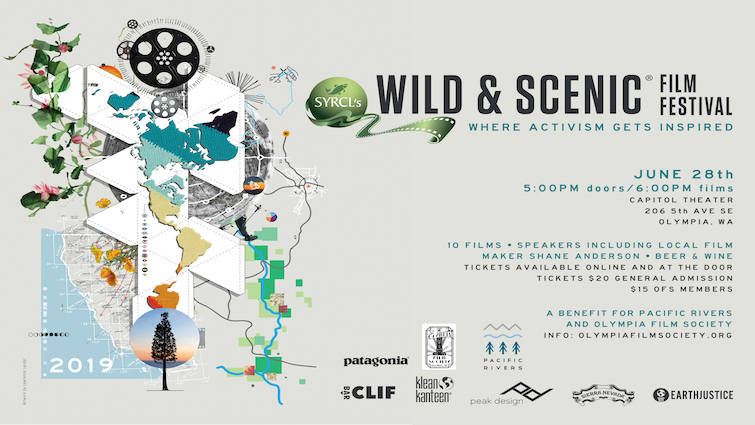