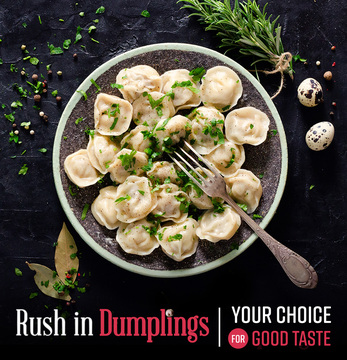 Presented by Rush in Dumplings

We asked eight NYC-based programmers, comedians, and writers to choose their favorite romantic films set in the Big Apple. From complicated love to breezy meet-cutes, our “New York on Film, New York in Love” series has a little bit of everything. Thanks to our friends at Warner Bros, MGM, and Universal, we were able to secure prints for a few of the titles in our lineup.

10/6 @ 4pm: City Island (Programmed by Clare Austen-Smith)
Prison guard Vince Rizzo (Andy Garcia) wants to quit his job to become an actor, but he also needs to make up for lost time with Tony (Steven Strait), a long lost son who’s an inmate where Vince works. When Tony is freed, Vince suggests the ex-convict move in with his wife, Joyce (Julianna Margulies), and their children. But because Vince neglects to tell his family that Tony is not just a stranger, but the son he fathered before he met Joyce, this leads to a series of comic misunderstandings.
Dir: Raymond De Felitta / 2009 / US / 104 min

10/6 @ 7pm: Frances Ha (Programmed by Jess Zeidman)
Frances (Greta Gerwig) lives in New York, but she doesn’t really have an apartment. Frances is an apprentice for a dance company, but she is not really a dancer. Frances has a best friend named Sophie, but they aren’t really speaking anymore. Frances throws herself headlong into her dreams, even as their possible reality dwindles. Frances wants so much more than she has, but lives her life with unaccountable joy and lightness. FRANCES HA is a modern comic fable that explores New York, friendship, class, ambition, failure, and redemption.
Dir: Noah Baumbach / 2012 / US / 86 min

10/7 @ 4pm: Klute on 35mm (Programmed by Beatrice Loayza)
A friend of small-town detective John Klute (Donald Sutherland) has disappeared. The only clue is a connection with a Manhattan call girl, Bree Daniels (Jane Fonda). Klute puts her under surveillance, gradually being drawn further into a world he’s never experienced. But while Klute searches, someone is stalking Bree. Print courtesy of Park Circus & Warner Bros.
Dir: Alan J. Pakula / 1971 / US / 114 min

10/7 @ 7pm: Desperately Seeking Susan on 35mm (Programmed by Allie Rosenberg)
Roberta Glass (Rosanna Arquette) spices up her life by reading personal ads, especially a series of them being placed by a mysterious denizen of New York City named Susan (Madonna). When one of Susan’s ads proposes a rendezvous with her suitor (Robert Joy) at Battery Park, Roberta secretly tags along. But when her voyeuristic intrigue ends in permanent memory loss and a new jacket, Roberta begins to gather a lot of unwanted attention from some unsavory characters.
Dir: Susan Seidelman / 1985 / US / 104 min

10/8 @ 4pm: Crossing Delancey on 35mm (Programmed by KYK)
Thirty-something Isabelle “Izzy” Grossman (Amy Irving) spends her time going from her tiny, solitary West Side apartment to that of her grandmother (Reizl Bozyk) on the Lower East Side. In between, Izzy builds a glowing reputation at the swank bookstore where she works. While her grandmother plots to find her a romantic match, Izzy is courted by a married, worldly author, Anton (Jeroen Krabbe), yet can’t seem to shake the down-to-earth appeal of Sam (Peter Riegert), a pickle vendor. Print courtesy of Park Circus & Warner Bros.
Dir: Joan Micklin Silver / 1988 / US / 97 min

10/9 @ 4pm: An Unmarried Woman (Programmed by Jourdain Searles)
A wealthy woman from Manhattan’s Upper East Side struggles to deal with her new identity and her sexuality after her husband of 16 years leaves her for a younger woman.
Dir: Paul Mazursky / 1978 / US / 125 min

10/9 @ 7pm: Obvious Child (Programmed by Lana Schwartz)
On stage, comedian Donna Stern (Jenny Slate) is unapologetically herself. But when Donna gets dumped, loses her job, and finds herself pregnant just in time for Valentine’s Day, she has to navigate the murky waters of independent adulthood for the first time. As she grapples with an uncertain financial future, an unwanted pregnancy, and a surprising new suitor, Donna begins to discover that the most terrifying thing about adulthood isn’t facing it all on her own.
Dir. Gillian Robespierre / 2014 / US / 90 minutes