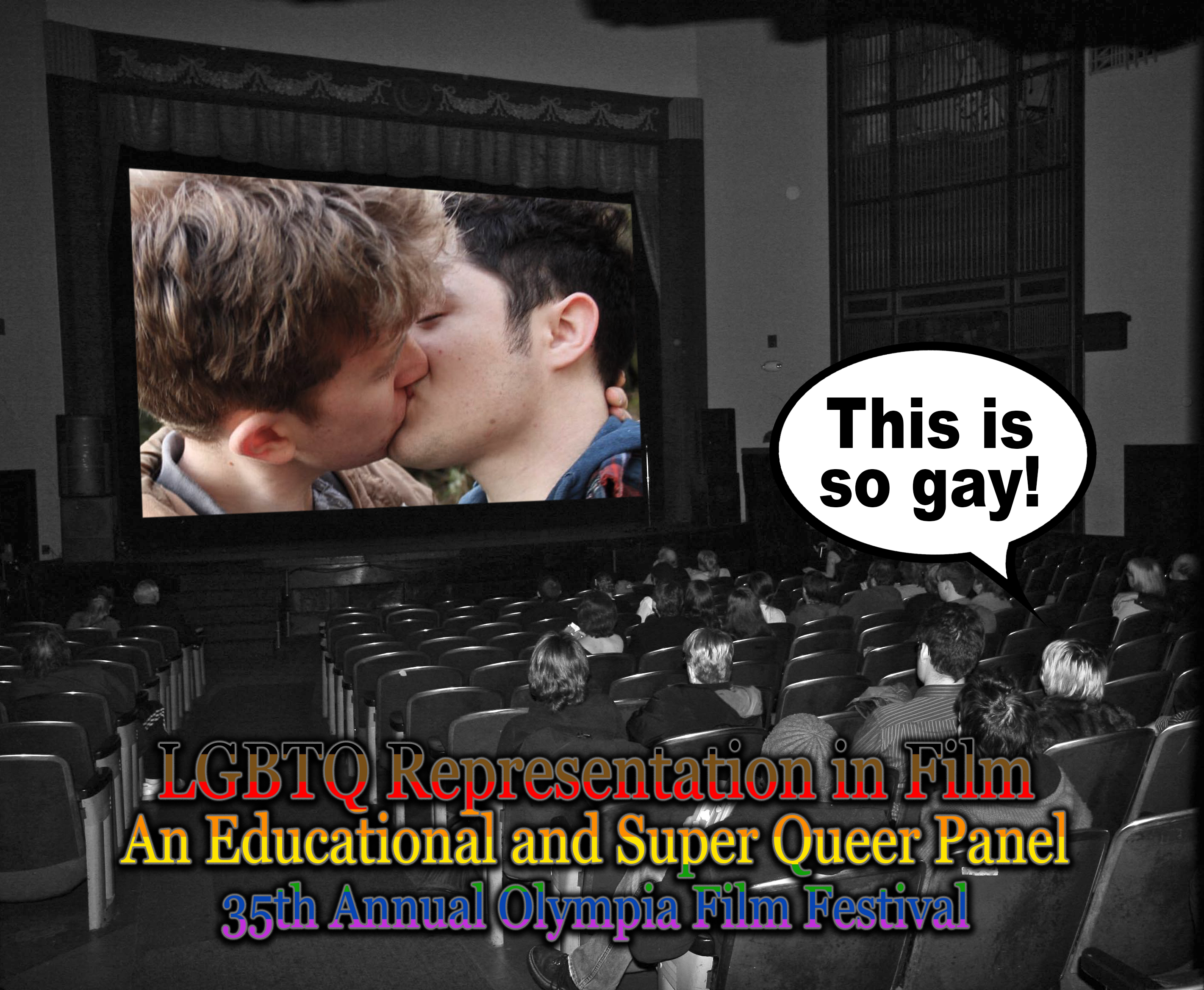 Danny Tayara
Danny is a film director, writer, editor, animator, and educator. Their work focuses largely on LGBTQ+ stories, both narrative and documentary. They founded Seattle Queer Filmmakers, a hub for people looking to make connections and find collaborators. Previously Festival Director for the Seattle Queer Film Festival, they remain a consultant for professionals in the festival programming industry. Notable works include: Wendy Jo Carlton’s lesbian narrative feature in post-production: “Good Kisser”; Two short films in previous national tours of Hump! Film Festival: “Pizza Roles” and “You’ve Got Tail,”; and Winner of Best Short Documentary at the 2017 Flickers’ Roving Eye International Film Festival, as well as top finalist in the International Documentary Challenge: “Oh, I Get It.” Danny is also directing two projects in pre-production: “LAB-1A,” a queer sci-fi comedy web series, and “Rejection and Other Happy Endings,” a personal short documentary on their relationship to rejection, and rejection’s relationship to queer identity.

Ricky German
Ricky is a freelance costume and fashion designer. His recent theatrical credits include, The Chinese Question: The Tacoma Method (Empathos Company), and 365 Plays/365 Days (University of Washington Tacoma), Hedwig & The Angry Inch (ArtsWest Playhouse), and Lady Day at Emerson Bar & Grill (ArtsWest Playhouse). He just earned his first costume designer credit for a film based on the origin of Baba Yaga directed by Jacob Arthur Sunday. In his spare time, he is active in the arts community, serving on panels with TWIST: Seattle Queer Film Festival and Tacoma Arts Commission’s annual Arts Projects Funding Program. Ricky holds a BA in Theatre from University of Puget Sound. After graduating, he compeleted an apprenticeship with bespoke tailor Jason Maclochlainn, and in 2016 opened a small studio designing costumes and made-to-order garments. He resided as staff costume designer at St. Martin’s University from 2013 to 2018.

Mary Anne Carter
Whether Mary Anne Carter is hanging dozens of hand screen printed satin underwear on balloons for an installation of her own or cultivating opportunities for fellow artists as the co-curator of Seattle’s most raucous gallery, Party Hat, art is at the foundation of all of Mary Anne Carter’s work. If you didn’t have the opportunity to gaze at her glitter encrusted chest on the cover of City Arts’ February 2017 issue, you’ve likely spied her award winning screen print “This Bitch Face Does Not Rest” adorning the chest (or handbag) of a passerby. Carter’s body of work is diverse—in the last year alone, she launched Jesus Mary Anne Joseph, her award winning collection of screen printed apparel; performed in City Arts’ Genre Bender; erected a fake Taco Bell; illustrated a weekly column for Jetspace Magazine; screen printed a series of unique broadsides sold at the NY Art Book Fair; and debuted her work at the Bellevue Art Museum. Outside of the studio, she teaches at Pratt Fine Arts Center; serves as a contributing editor for Gramma Poetry; and curates a popular market series that hosts over 150 artists annually.

Eliaichi Kimaro
As a self-taught artist and creative storyteller, Eliaichi Kimaro is constantly reinventing herself, learning whatever medium it takes to tell the story that is emerging. Over the past 40 years, she has used writing, music, photography, film, storytelling, and now mixed-media art to explore her personal/family narrative. As a queer, mixed-race woman of color, daughter of immigrants (Korean mother, Tanzanian father), and a survivor of abuse, Eliaichi makes art to tell stories. Her work explores family stories spanning generations and continents, stories that breathe in and out of space and time. Across every medium, Eliaichi finds beauty in the rusty, weathered and worn. She loves the stories that scars hold and feels compelled to take those stories of survival, and turn them into something beautiful to behold.

Stacy Peck
Stacy Peck is a 39-year-old married lesbian. She has been playing in bands for 22 years and has written and directed over 20 music videos for bands including Tacocat, Wimps, Chastity Belt, Childbirth & Jenn Champion. Stacy is often described as moody and what really puts her in a mood is people not tipping. Her favorite restaurant in Olympia is the Reef.

Jonah Barrett
Jonah Barrett is a multimedia artist from the forests of Tenino, Washington. He wishes he lived in a timeline where fantastical things existed, like magic and interstellar travel and universal healthcare. He usually makes things about monsters and gay stuff; sometimes gay monsters. Under the production name “Malicious Wallydrags” he’s been the writer and director of two feature films, four webseries, a dozen-ish shorts, and a play or two. Jonah’s writing can be found in Creative Colloquy, Oly Arts, Everyday Genius, Lit.Cat, Cityvision, and the bestselling anthology City of Weird. He likes helping his friends make things and always tries to work with the people he loves. Someday he will live on a farm with his vegan boyfriend—along with two dogs, two pigs, and a genetically engineered dinosaur.