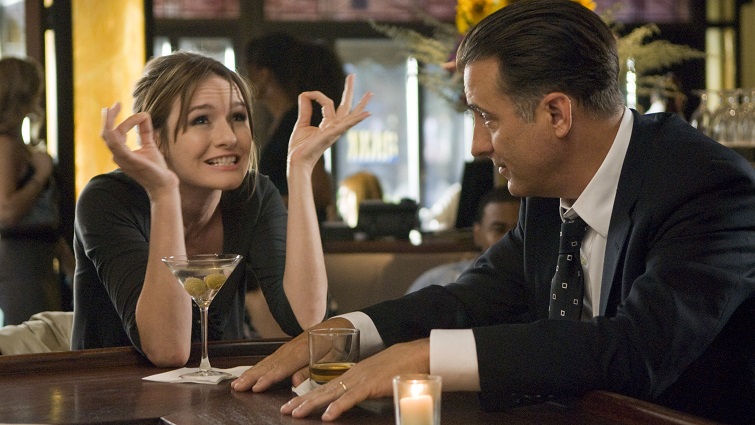 Thursday, October 6, 2022
NEW YORK ON FILM, NEW YORK IN LOVE:
CITY ISLAND (2009)
Programmed by Clare Austen-Smith
$11 GA / $8 OFS
Prison guard Vince Rizzo (Andy Garcia) wants to quit his job to become an actor, but he also needs to make up for lost time with Tony (Steven Strait), a long lost son who’s an inmate where Vince works. When Tony is freed, Vince suggests the ex-convict move in with his wife, Joyce (Julianna Margulies), and their children. But because Vince neglects to tell his family that Tony is not just a stranger, but the son he fathered before he met Joyce, this leads to a series of comic misunderstandings.
Dir: Raymond De Felitta / 2009 / US / 104 min

“I love this film because it does justice to each character’s relationship secrets and failings—from stripping to acting to fetishes—and manages to make them collide in an ending both satisfying and insane. Plus, Alan Alda stars (hubba hubba).” – Clare Austen-Smith

Clare Austen-Smith is stand-up comedian based in Brooklyn. She’s featured for Jaboukie Young-White, Jo Firestone, Elliot Morgan, and Joel McHale. In Chicago, she’s performed at the Laugh Factory, Second City, The Chicago Improv, and DIY staples like the Hideout. She’s been a performer at Lady Laughs Festival (Madison, WI), The Chicago Improv Festival, The Onion Comedy & Arts Festival, the Cream City Comedy Festival (Milwaukee, WI), The Las Culturistas Live Show (Chicago), and Butterboy (New York). Her written work has been published in The New Yorker, The Belladonna, and Bustle.com.

She produced the Chicago alt-comedy staple “Just Us Gals,” and before moving to New York, had a weekly residency at the Hideout. Her comedic shorts have been recognized at the Portland Comedy Film Festival (Carlene).

In addition to her work in comedy, she produced the 2016 short doc “Uninsurable” (Upworthy), with Mimi Wilcox.

So far, pursuing comedy has earned her the undying respect of her peers and just one stalker.