Virtual Screening Room • YWCA of Olympia & OFS present: SINCE I BEEN DOWN

YWCA of Olympia and OFS present
SINCE I BEEN DOWN
Available to your home theater through the Olympia Film Society
Streaming tickets benefit YWCA of Olympia
While the film can be seen anytime, there will be a special Zoom discussion moderated by YWCA’s Racial Justice Events & Program Manager Marisa Caughlan on 4/23 at 6pm PST. Link will be provided with ticket receipt. Attendees must be 13+

The YWCA along with The Olympia Film Society Presents Since I been down. This documentary was chosen because of its shifts in power by those who are justice involved. Set in Tacoma at a time when policies targeting gangs and drugs, sacrifices their youth for a false sense of justice, and safety. We hope this documentary sparks and inspires conversation around these policies and how we treat those who are or were justice involved.

“The culture of punishment and its consequence is our shared reality in America today. Especially in these times of legislated violence and fear of difference, who better to show us the triumph of the human spirit than those caught behind bars for life?” – Filmmaker Gilda Sheppard

In 1993, Washington State voters passed the three-strikes law and sent children considered to be irredeemable super-predators to prison for life without parole. Influenced by the national drug war frenzy, escalating crime, and gang activity, during the fear-based political policies of the 1980’s and ‘90’s, Tacoma, WA sacrificed their most-vulnerable children.

The city’s lack of social services and targeted investments in early education, the increasing inequality in housing and employment, and the culture of punishment (including no-parole, three-strikes, hard-time for armed-crime, and other excessive sentencing laws), stained the Tacoma landscape and destined these children to live their lives behind bars.

SINCE I BEEN DOWN is an American story showcasing one city, Tacoma, WA, as an example of “Every town, USA” through the eyes of a community decimated by drugs, poverty, and fear.

Thrown into prison – not for education or rehabilitation, but for removal and punishment (“out of sight, out of mind”) – these children, who are now adults, could not be silenced. Together they built a prisoners’ community of healing that extended beyond prison walls.

The film is a dramatic chronicle of how gangs, fear, racism and power arrested the development of one American community, and how in their rush to discard the poorest by targeting brown and black youth for a false sense of safety, security and prosperity, an entire generation disappeared.

SINCE I BEEN DOWN spotlights prisoner Kimonti Carter and follows his efforts, as well as a wide group of prisoners, as they break free from their fate and create a model of education that is transforming their lives, their communities, our prisons, and our own humanity.
Dir: Gilda Sheppard / 2020 / US / 105 min 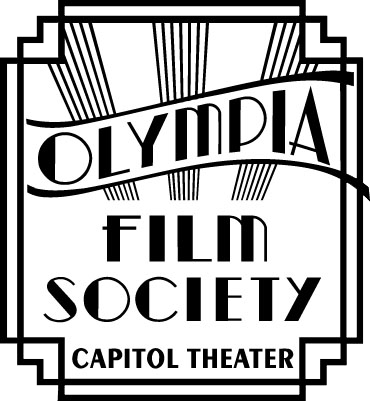