Headlined by Olympia’s own (unfortunately) Sam Miller, you’ll be sure to bust up laughing at him (and MAYBE with him) at this comedy show benefiting SideWalk, a local non-profit on a mission to end homelessness in Thurston County. Sam will be joined by a cast of hilarious fellow Olympians Nathaniel Wolfe, Khadija Hassan, Kento Azegami, and more!  Proceeds from ticket sales benefit SideWalk
——————————

Sam Miller grew up in Rural Pierce County and moved to Olympia at the age of 14. He has lived in Olympia off an on since that time. In his 35 years on earth, He has been a farm hand, a ranch hand, an inmate, a wildland firefighter, a dishwasher, a warehouse worker, assistant preschool teacher, a chemical dependency counselor, and a bouncer. He has lived with Alcoholism and Methamphetamine addiction since his early teens. He is now in recovery going on 10 years and is currently a husband, father, student, Outreach Worker, and comedian. He’s performed all over the west coast at Comedy Clubs and Casinos. He won the Comedy On Trial Competition in Seattle in 2016 competed in The Seattle International Comedy Competition in 2017.   For 3 consecutive years, he has won awards in “The Best of Olympia” issue of the Weekly Volcano. In 2016 Best Local Hero, 2017 Best Local Celebrity, 2018 Best Comic Relief. 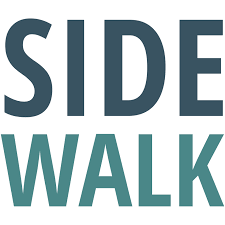