Salad Days may be the definitive film about the legendary, immeasurably influential Washington, DC punk and independent music scene. By, for, and about a tight-knit circle of friends and fellow misfits, the music and subsequent movements it inspired have reverberated around the world and echoed down through several generations, including spawning the double-edged swords of both straight edge and emocore. From its roots in the ‘70s through the early ‘80s birth of Dischord Records and on into the ‘90s, it’s all here—the world-famous and the less widely-known; a strikingly large representation of those affiliated with Dischord and people from other local labels and institutions such as Teen Beat, Simple Machines, and Positive Force; those who helped birth and give shape to the scene, and those who arrived later on. And above all else, there’s the undeniably incredible music and an array of rare and little-seen live footage. Director Scott Crawford grew up in the scene, literally, having founded the DC music zine Metrozine as a teen. Featuring interviews with Ian MacKaye, Jeff Nelson, Brian Baker, Alex MacKaye, Henry Rollins, Dave Grohl, and Thurston Moore, among many, many others, Salad Days will send you back to your record collection or to your nearest music store.

Come join the Olympia Film Festival for not only the West Coast premiere, but also the second-ever theatrical screening of this essential documentary! 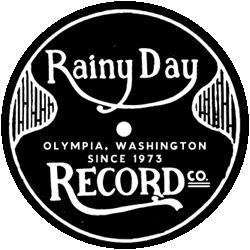