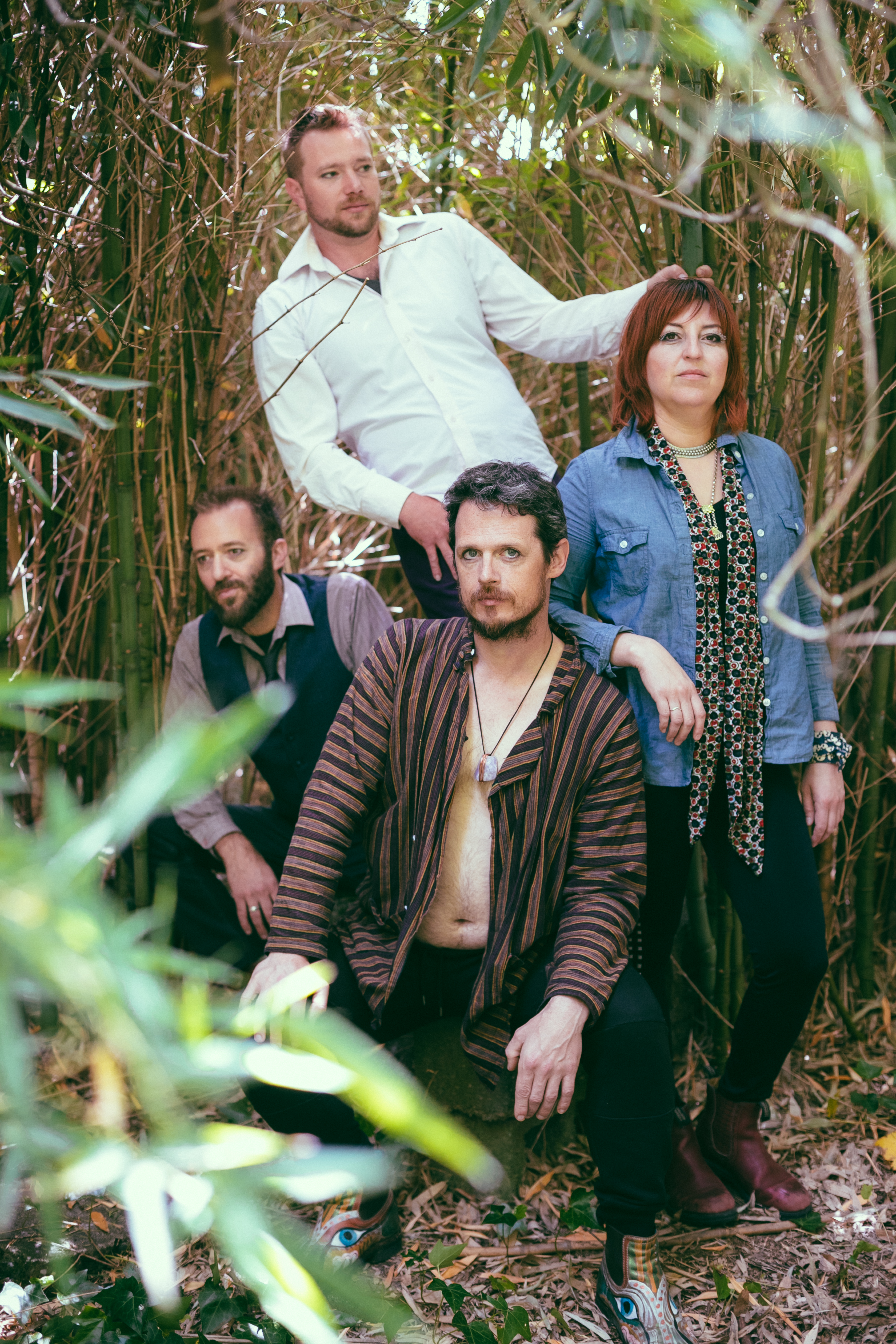 In the shadows of the psyche lurk monsters!

After a mysterious decade-long hiatus, Olympia, Washington’s OLD TIME RELIJUN return to the highway for a series of very special “23rd anniversary concerts” along the West Coast of the United States, with more dates in the works for 2019. They are reuniting in the classic “Catharsis in Crisis” lineup featuring bandleader Arrington de Dionyso with Aaron Hartman (upright bass), Germaine Baca (drums) and Benjamin Hartman (saxophone and percussion).

Water Rising! Fire Blinding! Old Time Relijun growls in animal languages with a tongue of fire, unleashing the beast from the tightest cages of corporate control. This is Liberation Music. This is the thunder-lightning-tidal-wave of Primordial Sound when we need it more than ever before.

Guided only by star-sheen and wild instinct, the songs of Old Time Relijun dig a tunnel through the murky depths a with burning hunger for indestructible life, embracing joy and terror with crisp juxtapositions between hypnotic pulse and jarring frenzy.

The band will introduce fans to new material in the midst of beloved favorites from the “Lost Light Trilogy” along with ancient sing-along hits such as “Vampire Victim”, “Cold Water” and “Archaeopteryx Claw”.