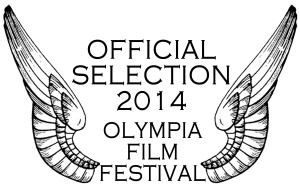 In the comedy short Mellencamp a loser attempts to get a life by seeking out a legendary creature. Forced to leave his mother’s house and get a job, 35-yearold Labyrinth, along with his best friend Eric, embarks on a quest to find Bigfoot. It’s the million dollar prize they’re after, but then there is something more, something like respect. And how else would they get it than by finding Bigfoot?! There is no other way. Obviously.

The Immortal Augustus Gladstone is a mock documentary about a man who claims to have lived for over a century. Augustus Gladstone believes he’s immortal. Squatting in an abandoned hotel in Portland, he shares colorful tales of his 150 year existence. From his travels across America during the depression, to befriending Andy Warhol, to seeing the 1900 Paris Expo, Augustus charms the film crew who discovered him on You Tube. Eventually Augustus sets out to find his only living descendant, Lucky Gladstone. This the decision causes the crew to question their responsibility to their subject. A film about myth, mortality, and filmmaking, The Immortal Augustus Gladstone is an intriguing mystery to be solved.