Welcome to the new year!

The staff is back in action from our post-film festival break, and we’re ready to take on 2018!  We welcomed in new Program Director, Rob Patrick to the staff. Rob’s been booking some fantastic films and concerts. Rob’s taste is riveting, provocative and fun, much like one of his favorite actors Kristen Stewart! His programming was vital in making the 34th Annual Olympia Film Festival: Focus on Women a smash hit! He’s quickly become part of the OFS family and loves hearing your film suggestions!  Check out staff’s favorite films of the year here.

If you love REAL 35mm FILMS, keep an eye out for our Reel Film Poll and vote on classic and rare films to be shown at the Capitol Theater (voting open to members only). Next month’s REEL FILM screening is Throne of Blood, director Akira Kurosawa’s resetting of William Shakespeare’s “Macbeth” in feudal Japan, it is one of his most acclaimed films. Meet up with OFS staff and volunteers after these screenings for a post-film discussion and share your film programming ideas and learn more about the future of OFS.

The movie industry saw the lowest slump in admissions since the mid-nineties, unforgivable movie industry scandals, and independent films heading to streaming before coming to the theaters. It was a challenging year to say the least, but with your support and participation, the Olympia Film Society ended the year on a positive note, thank you! We look forward to another successful year filled with movies, music, and YOU! 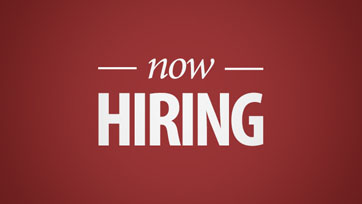 Notables in the new year:
OFS IS HIRING
Two positions have opened up at OFS. Marketing Coordinator and House Manager. Do you know someone who should apply? Please share the link.

MORE CHANCES TO SEE NEW MOVIES AND NEW SHOWTIMES
For many of you, one week is not enough time to catch some of those new films you’ve been requesting. We’ve been testing the waters by showing some of those newer films like Jane and Loving Vincent as stand-alone, or encore screenings and the response has been positive! Expect to see more of this with some of the stronger titles coming up this Oscar season.After combing through years of box office reports and seeing low turnouts for the 9 pm late show and hearing that 6:30 is just a bit early to get dinner and movie when you’re working – we’ll be adjusting our screening times. Starting February 1st, evening movies Tuesday through Thursday will start at 7 pm, and we will be adding a 4 pm matinee on Tuesdays! Friday through Sunday film schedule remains the same. Closed on Mondays except for special events.

NEW MEMBERSHIP PRICE – LEVELS – BENEFITS
As we mentioned last summer, OFS has not increased pricing in more than five years. A price increase along with an increase in benefits has officially begun. We’ve cleaned up the different levels, and we now offer a military membership! New benefits and rewards program will start rolling in February and complete in March, fancy new membership cards will be issued throughout this period along with local discounts, reward points, and more!

ANNUAL MEMBERSHIP MEETING – SAVE THE DATE
It’s 2018, and the OFS has much to celebrate! Join us on Monday, February 27 at the Capitol Theater for the Annual OFS Membership Meeting! More details to come.