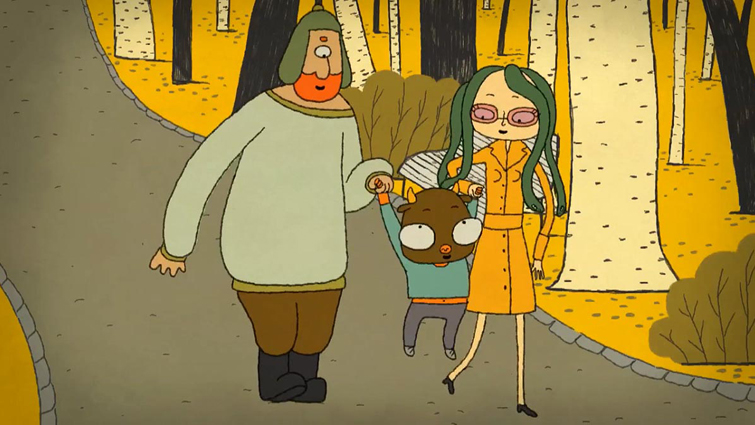 Kid’s Club Shorts Program 2: The Best of the NYCIFF

Kids and adults will enjoy this group of animated shorts from here and around the world: Old fables and myths are given a new twist in Mythopolis and Tigers Tied Up in One Rope. Fate is in the hands of some surprising characters in Johnny Express and In the Beginning. The human spirit, guided by music, soars against harsh realities in The Trumpeter and Layla’s Melody. The Single Life strikes a playful note when it imagines music as means of time-travel. Dogs take center stage — literally — in Oh My Dog.

This local puppet and human Musical Adventure (with all local musicians and international sensations Shellshag!) will have you and the kids singing along on the magical journey of Burdy and his friends! In this installment Burdy and his friends have a pizza party that leads to a spell that sends the gang off to Dreamland! Come along for the fun! Or as Kelly Lux, our Festival Programmer puts it: “It’s like, H.R. Puff ‘n Stuff with metal, instead of Jimmy the Flute!”