SATURDAY, 12/21, 12/28, 1/4 @ 11am
FREE for kids 12 & under!
OFS Kids Club presents
SHREK
Shrek is a 2001 American computer-animated comedy film loosely based on the 1990 fairytale picture book of the same name by William Steig. Directed by Andrew Adamson and Vicky Jenson in their directorial debuts, it stars Mike Myers, Eddie Murphy, Cameron Diaz, and John Lithgow as the voices of the lead characters. The film parodies other films adapted from fairy tale storylines, primarily aimed at animated Disney films. In the story, an ogre called Shrek (Myers) finds his swamp overrun by fairy tale creatures who have been banished by the corrupt Lord Farquaad (Lithgow) aspiring to be king. Shrek makes a deal with Farquaad to regain control of his swamp in return for rescuing Princess Fiona (Diaz), whom Farquaad intends to marry. With the help of Donkey (Murphy), Shrek embarks on his quest but soon falls in love with the princess, who is hiding a secret that will change his life forever.
Dir: Andrew Adamson & Vicky Jenson / 2001 / US / 90 min 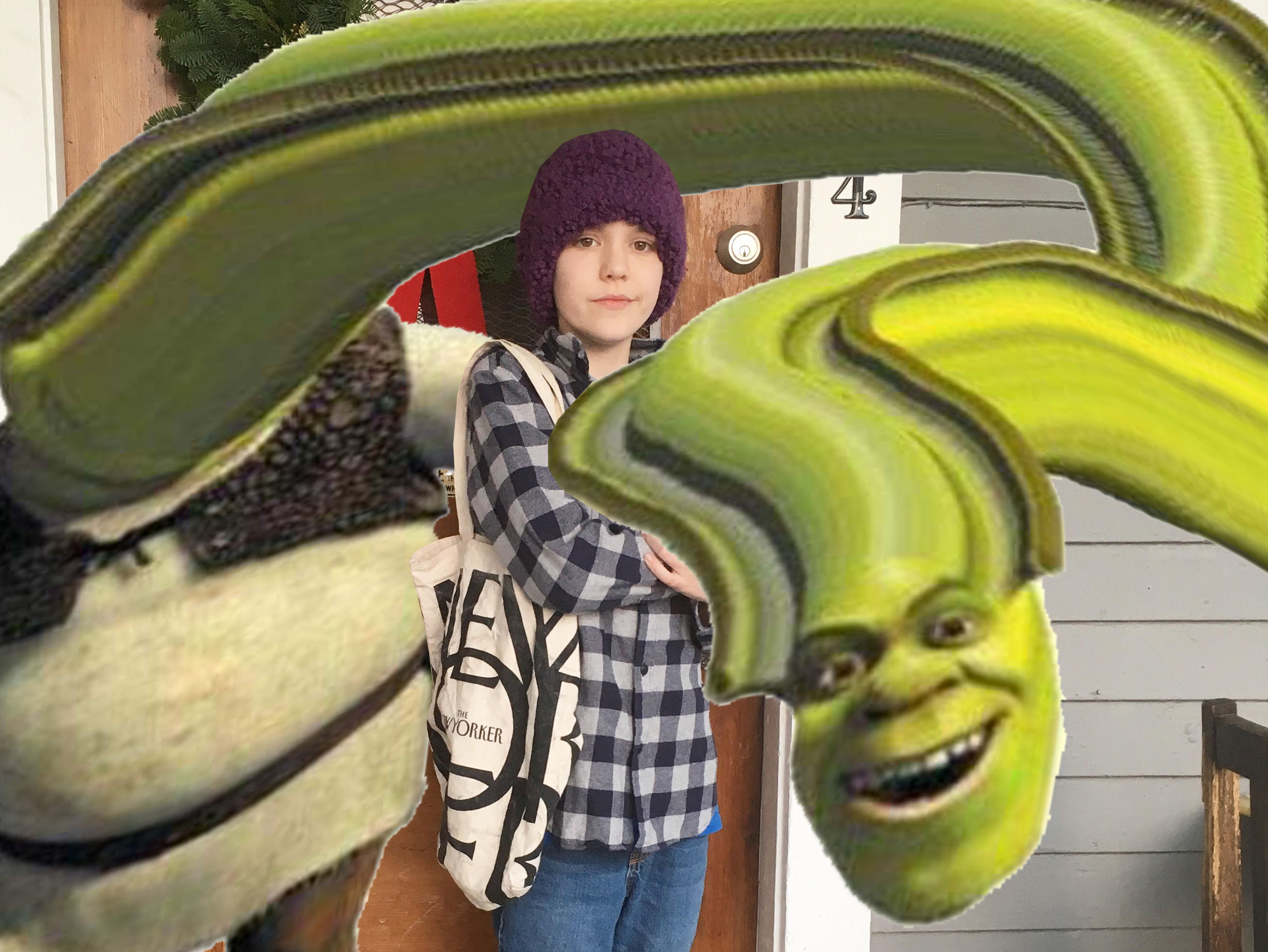 Shrek is an animated adventure movie packed with action, drama, and lots of comedy. The movie is about how an ogre falls in love with a princess. The movie has a clear moral, to never judge a book by its cover. An ogre is considered a big, dumb, ugly beast, but this movie shows that things that appear bad on the outside might be good on the inside. The movie was hilarious, yet touching, making it a comical and unique adventure. Eddie Murphy voices a talking donkey who is nice, humorous, and a great friend for Shrek to journey with. The movie didn’t have many flaws, but I do think they could have cut down on the jokes, it seemed like every scene included at least two jokes. They were certainly funny, but I do believe that this type of movie suggests more “quality over quantity”. I also feel that many of the adventures to get from A to B in some of the conflicts were too short, I expected more obstacles. Though the movie could’ve avoided these small issues, it was a great, classic movie and I completely respect the creators. Not everybody can think up plots and mesh them with such an important theme. I recommend this movie to anybody of any age, but particularly to fans of animation and adventure films.