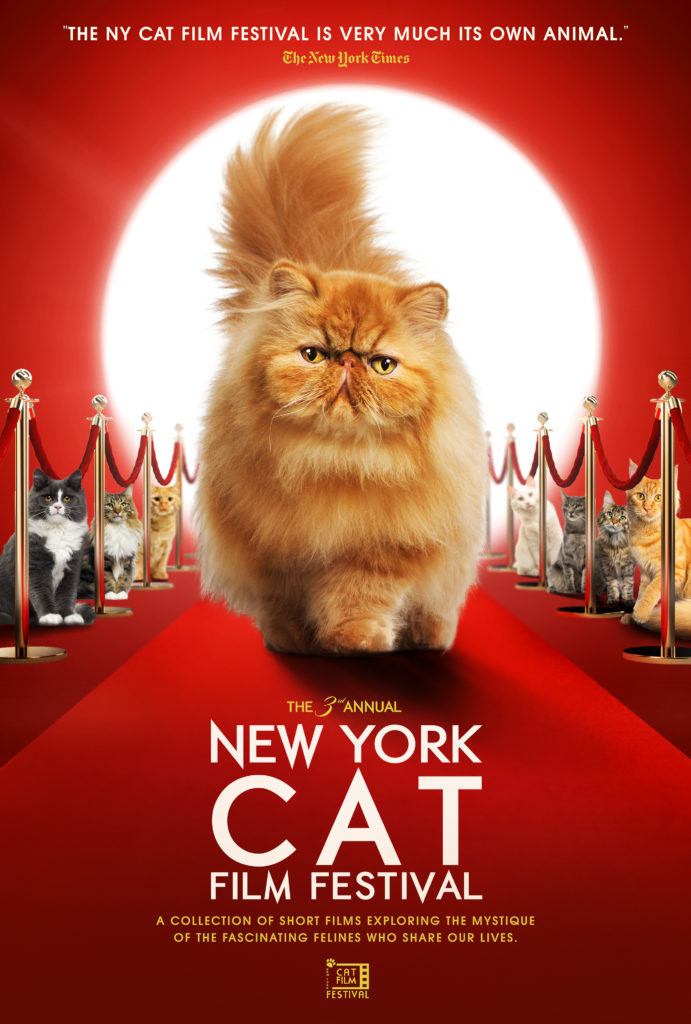 The 3rd Annual NY Cat Film Festival™ is a collection of short films  – animated, documentary, or narrative films with actors and a script. These are not random internet “cat videos” – these are films which have been made with an intention, concept or story to convey something essential about cats. The films celebrate the kitties who share our world and their relationships with people, no matter where or how they live – as feral cats in a colony, or between the covers in someone’s bed. Net proceeds benefit Feline Friends.

[The films are free of physical or verbal abuse toward people or animals. The only tears you might shed would be tears of joy for happy endings. The programs are designed for adult audiences but can be enjoyed by all members of the family, including mature children.]

We strongly encourage spay and neuter of all companion animals to reduce and eventually eliminate the unnecessary killing and abandonment of unwanted pets.