The annual ALL FREAKIN’ NIGHT horror movie marathon is a time honored tradition that cannot be missed! “A secret society exists, and is living among all of us. They are neither people nor animals, but something inbetween”. 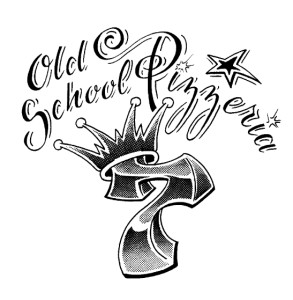 Brought to you by: Old School Pizzeria

Melting faces, fangs, dark and ominous things that go bump, mysterious shadows lurking in the night. Do YOU have what it takes? Don’t be scared, don’t be shy, we challenge you and yer guts to meet us at midnight for the scariest and most ridiculous slumber party of all! Join us, be one of us….. There is safety in numbers. Your host, Guinness Book of World Records holder and Olympia Strong Man: Sam Miller Full pass and full pass plus accepted

All bags, back packs, carry on luggage will be subject to searches, best to leave your unmentionables at home . All tickets and will call tickets will need to be exchanged for a numbered wrist band – which will also hold your place in line.

MIDNIGHT
MOEBIUS
2013 / South Korea / 89 minutes / Format: DCP
Director: Kim Ki-duk Cast: Jo Jae-hyeon, Seo Young-ju, Lee Eun-woo Print Source: Film Movement
Shocking in its silent audacity, Moebius is a Korean family drama that has to be seen to be believed. Told with absolutely no dialogue, the horrifying story begins with an angry wife’s wrath when she finds out about her husband’s affair with another woman. When her attempt at revenge fails, she ends up taking her fury out on her oblivious teenaged son. Brutal mutilation follows, along with other perverse feats that will not be mentioned here. But then this is only the very beginning of the film, which is so deranged and perverse that you will not believe what you’re seeing on screen. Rocks and sharp objects play into the brooding mix, along with a caring father’s highly disturbing attempt at repairing the damage done to his beloved son. All of this leads up to a distressing conclusion so outrageous that it will imprint itself on your eyeballs and poison your pleasant dreams.

2:00 AM
THE BURNING
1981 / US, Canada / 91 minutes / Format: 35 mm Director: Tony Maylam Cast: Holly Hunter, Jason Alexander, Fisher Stevens Remember those summer camp movies from the ‘80s? You’ve got a group of precocious kids, some randy teenagers, and of course the camp counselor who offers sage advice to the wayward kid who can’t fit in. Well, The Burning has all of that, but with a twist. At Camp Stonewater terror awaits: a dark secret from the past has reared its ugly head and is stalking innocent campers. Burned beyond recognition because of a practical joke gone horribly wrong, former groundskeeper Cropsey has been holed up in an insane asylum until now. Freshly escaped and ready to kill, Cropsey is on a bloody rampage. Equipped with a pair of extra-large, razor-sharp gardening shears, he has fun-seeking summer campers on his radar and is out for vengeance. The perfect mix of camp comedy and brilliant, bloody slasher, The Burning could be renamed “Meatballs with Murder.

4:05
AM THE HOWLING
1981 / US / 91 minutes / Format: 35mm
Director: Joe Dante Cast: Dee Wallace, Patrick Macnee, Slim Pickens
Television newswoman Karen White has a problem. Traumatized after a near-fatal confrontation with a serial killer, she’s suffering from memory loss and fears for her sanity. This brings her to The Colony: a secluded, self-help refuge led by a charismatic doctor who seems all too eager to please. As Karen communes with the residents she feels her strength returning, as well as her sixth sense. Why do the others around her appear to be hiding something? And what are those alarming growling sounds that resonate through the woods at night? Investigating further, Karen makes a shocking discovery that is sure to make the evening news, but will she be able to escape to tell the tale? Featuring frightening, breakthrough special effects, The Howling is a legend among werewolf movies.

6:00 AM
THE INCREDIBLE MELTING MAN
1977 / US / 84 minutes / Format: 35mm Director: William Sachs
Cast: Alex Rebar, Burr DeBenning, Myron Healey
After a botched mission to the outer rings of Saturn, the lone survivor returns to Earth with just one thing on his mind munching on human flesh! Astronaut Steve West is now the Incredible Melting Man. Plagued by some kind of space virus, his brain has been turned to mush, along with the rest of his body, which is gradually dripping away like so much candle wax. West’s only relief comes from eating people who have the bad luck to run across his goopy path. The only person who can stop him is an old friend, Dr. Ted Nelson, who may hold the key to stopping the gory destruction before it’s too late. Featuring amazingly sick effects by award winning makeup man Rick Baker, The Incredible Melting Man is so-bad-it’s-good cinema at its finest.

8:00 AM
THE FOG
1980 / US / 89 minutes / Format: 35mm Director: John Carpenter
Cast: Adrienne Barbeau, Jamie Lee Curtis, Janet Leigh
After Halloween and before The Thing, there was The Fog, John Carpenter’s atmospheric homage to Lovecraft-ian terror. In the maritime village of Antonio Bay, history shimmers like the salty mist that permeates the air. To commemorate its centennial, the town is planning a grand celebration. But all is not well. A recent boat accident reveals that something is not quite right. And then there’s the sinister, glowing fog that dwells offshore coming closer with each passing night, as the anniversary approaches. The fog has a message for Antonio Bay its dark and ominous presence will force the town to acknowledge its reprehensible past no matter whom it has to kill. Featuring Jamie Lee Curtis in the height of her ‘scream queen’ career, The Fog is an underrated classic that is so terrifying it will have you dreading cold, foggy nights and sharp, rusty hooks.