June 22 – 28
THE RIDER – Part of Library Film Club!
After a tragic riding accident, young cowboy Brady (Brady Jandreau), once a rising star of the rodeo circuit, is warned that his competition days are over. Back home, Brady finds himself wondering what he has to live for when he can no longer do what gives him a sense of purpose: to ride and compete. In an attempt to regain control of his fate, Brady searches for a new identity.
Dir: Chloé Zhao / 2018 / US / 105 min

“Filmmaker Chloé Zhao turns the story of real-life bronc rider Brady Jandreau into a gritty, graceful character study. Once The Rider hooks you – and believe me, it will – there’s no way you will ever forget it.” – Peter Travers, Rolling Stone

“The Rider is the best film I’ve seen so far in 2018. It also feels like the announcement of a major artistic talent in Zhao.” – David Sims, The Atlantic

“The Rider comes as close to a spiritual experience as anything I’ve encountered in a movie theater this year.” – Justin Chang, Los Angeles Times 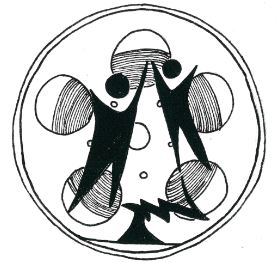 Film Club is for anyone who loves movies and likes talking about them (or listening to other people talk about them).  Each month’s conversation stems from a Spotlight film playing at the Olympia Film Society, and expands from there.  If you cannot make it to the Spotlight film, don’t let that deter you from attending the meeting!  Our conversation will open up to other topics, including the related films mentioned below. There will be light refreshments and a drawing for free movie tickets at each meeting.  Hope to see you there!