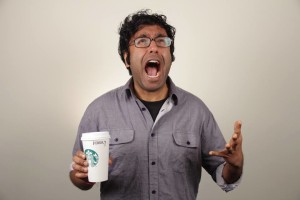 Join us closing night and laugh out loud with Hari Kondabolu, a Brooklyn-based, Queens-raised comic who the NY Times has called “one of the most exciting political comics in stand-up today.” In March 2014, he released his debut standup album “Waiting for 2042” on indie-label Kill Rock Stars. He is currently NYU’s APA Institute’s “ Artist in Residence” for the 2014-2015 Academic Year. Hari was a writer and correspondent on the Chris Rock-produced television show “Totally Biased with W. Kamau Bell” on FX. He has also done standup on the Late Show with David Letterman, Conan and Jimmy Kimmel Live. In 2014, he was interviewed on a full episode of “Fresh Air with Terry Gross” on NPR.

Elicia Sanchez is a stand-up comedian and writer who originally hails from Olympia and now resides in Seattle. “Seeing Elicia perform is a lot like staying up late to hear your endearingly weird roommate tell you stories of her nutso life. Once she gets going, you’ll find yourself wildly asking “then what happened?!” – GeekWire.com 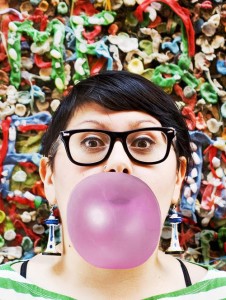